The City of Melbourne

Melbourne is a wonderfully diverse ‘24-hour-city’ with a thriving community made up of residents, workers, students, and visitors of all ages and incomes. It is a vibrant, exciting, and attractive city that offers visitors and residents an environment in which to be entertained and seek leisure. Restaurants, bars and nightclubs, theatres, events, and festivals are all components of Melbourne’s cultural activity the City of Melbourne is Victoria’s premier municipality and the state’s focus for business, international trade, arts, and entertainment, and sporting activities. As the seat of State Government, the headquarters of numerous Victorian, national, and international companies, and the location of many Commonwealth agencies, it is the central decision-making and coordination point for metropolitan Melbourne and Victoria. Within just 36 square kilometers, the greater City of Melbourne is home to over 50,000 people, a population that grows, on average, to approximately 567,000 day-users and 124,000 night users (City of Melbourne 2000a; City of Melbourne 2001a)

The Melbourne Central Business District (Melbourne CBD) covers an area of just 2.52 square kilometers within the City of Melbourne. Despite its relatively contained size, the Melbourne CBD is the heartland of Melbourne’s economic, social and cultural activity. And, despite an all too common focus on negative aspects of inner-urban life, there is much to suggest that the Melbourne CBD is a thriving metropolitan environment. Indeed, the consistent growth experienced in each of the city’s business, retail, entertainment, and residential sectors speaks far more of the Melbourne CBD’s character than the selective focus of its critics.

The Melbourne CBD is the state’s largest retailing center. In 1997, the Melbourne CBD retail sector employed 15,686 people, occupying 539,628 square meters of floor space and fuelling the state economy through an estimated annual turnover of $2 billion (City of Melbourne 1999a). This contribution is continually expanding. The retail sector experienced a five percent growth in both floor-space and employment between 1997 and 2000.

Accommodation within the Melbourne CBD has become a highly sought-after commodity, an inevitable consequence of the convenience and variety the city lifestyle has to offer. The constant increase in residential numbers has directly enhanced the city’s image. It has brought to life areas that were once deserted, particularly at night, and promoted a sense of security through the increased numbers and, consequently, presence of people on the city streets. A considerable proportion of the city’s population is composed of a diverse and dynamic student population. According to Census estimates, approximately 25 percent of the City of Melbourne’s population is made up of students (City of Melbourne 2000b). A large number of these students are international students, 16,906 of whom were enrolled in educational institutions within the City of Melbourne in 1998 (City of Melbourne 2000b). In fact, more than a quarter of the city’s population is made up of people aged 13–24 years, and just under half were born overseas (City of Melbourne n.d.c).

In addition, the City of Melbourne states that an estimated 14,000 international tourists visit the City of Melbourne every day, along with 14,000 tourists from regional Victoria and a further 11,000 from interstate (City of Melbourne 2001a). The greater majority of these could be expected to include the Melbourne CBD in their itinerary. In 1995 Melbourne was acclaimed as the world’s most livable city after topping a survey of the 100 largest cities in the world. The survey, conducted by the Washington-based Population Crisis Centre, rated cities based on ten crucial criteria: crime and safety, food costs, living space, housing, communications, education, public health, peace and quiet, traffic congestion, and clean.

The industry mix of the retail/entertainment sector of the Melbourne CBD has undergone considerable change in recent times. Much of this change has revolved around the enhancement of entertainment facilities. Banks, utilities, and public authorities have been replaced by hotels, cafes, restaurants, and the performing arts as significant occupiers of city space (City of Melbourne 2001) The capacity of cafes and restaurants, for example, has increased by 29 percent between 1997 and 2000 (from 54,819 seats to 70,867). Similarly, there was a 79 percent increase in the capacity of bars and nightclubs, (from 11,250 in 1997 to 20,125 in 2000) (City of Melbourne n.d.a). In the 1999 ‘Bar of the Year’ awards, five of Melbourne’s top ten bars were located in the Melbourne CBD (City of Melbourne 2000b). The most popular entertainment attraction within the city is the Crown Casino complex. Encompassing over 40 restaurants, cafes, and bars and an extensive, and exclusive, retail shopping strip, the entertainment options include nightclubs, cinemas, gaming, and live music. The complex is located in the Southbank precinct along the south bank of the Yarra River. The Southbank precinct is itself a popular attraction drawing many visitors. 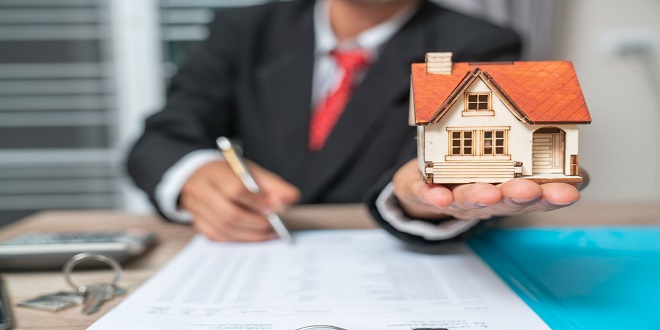 Taking Out Mortgages and Property-Related Loans